I’m delighted to introduce my cover designer to you today. Renée accounts for about 95% of my covers, both pre-made and ALL of my custom work, so I thought I’d interview her so that you know how much genius I’ve got at my back for cover designs. She’s one of my best friends too – I’m basically just blessed with luck when it comes to my back-up team for my books.

All of the covers featured in this post are Renne’s work, though only one of them is mine 😉  First though, she’s also responsible for this…

Introducing….Renée Barratt and The Cover Counts

Kai – Hi Renée.  I know you’re my cover designer, but for those that haven’t met you yet, please feel free to introduce yourself?
Renée – I have been a professional graphic designer for more than 20 years. Of all the wonderful things I get to create, book covers are, by far, my favorite. I’m also the mother to three beautiful daughters who keep life very interesting. I’m a certified high school teacher and has taught at both the high school and university levels.  I’m also the founder of the Cover Art Collective, a new project (for now) on Facebook.

So, you’ve mentioned the Cover Collective – could you tell me a bit more about that?

The Cover Art Collective comes from the members of a group of book cover designers that I’ve been a part of for a few years. We’ve pooled resources and given each other support, inspiration and laughter and they all mean the world to me. We’ve pushed each other to get better and better at our craft. They are, by far, the most valuable influence on my craft and I’m proud to know them and to be a part of it. We’ve all played with pre-mades because they really are just fun to create. It’s all about the freedom of being able to follow your inspiration without anyone’s guidance and rules. It’s like Graphic Designer RECESS! *grin*
This summer we decided to pool those designs together and market them together. So we created the Cover Art Collective. For now it’s just the Facebook page, but we will outgrow that eventually. We have more artists in the group who don’t generally do pre-mades. But they might, eventually. So there could eventually be even more artists to choose from.
The Cover Art Collective our way of focusing on our collection of Pre-made cover designs as an opportunity for authors to procure high quality cover art at a reasonable price.

The Cover Art Collective sounds amazing – do you think that pre-mades will take work away from cover designers though?

Pre-mades are in interesting “animal”. Within our group, we look at it as a chance to have complete artistic freedom. We all spend most of our time working directly with authors on custom designs. But we often see an image that inspires us or we have an idea or want to practice a skill. With pre-mades, we get to make anything we want with those images, ideas or skills. Like I said, it’s recess or play time for graphic designers!
As far as finding a buyer for them, that’s a matter of the fates coming together to cause the meeting of the right author with the right story that can match an available pre-made. But we’ve created it because we were inspired to by something we say heard or thought and for most of us that alone is awesome. If someone sees them and thinks they match the story they’ve written, that just makes it even more awesome. *grin*
Premades are a great way for authors to save a little money and get some quality art. The downside of premade versus custom is that even though the art is great, authors often have to compromise what they’d really like to see on their cover because it hasn’t been custom designed for their story. In many cases though, a pre-made matches a story just enough that it can be the perfect solution at a great price. I don’t think that custom designs will ever go out of style though because there is always something magical about a cover designed specifically with a story in mind.

How about the authors that buy pre-mades and write the story afterwards?  Do you feel like you’ve influenced them?

It is a great feeling when an author sees inspiration in what you’ve created in the same way that you were inspired by whatever it was that lead you to create it.

I’ve seen your competitions between the members of the Collective, could you tell me a bit about that?

The members of the group that comprises the Cover Art Collective often talk about over-use of stock images. If you’re paying attention to covers, you’ll know what I mean. There are a series of faces and elements that appear on cover designs over and over and over until it makes you roll your eyes every time you see them somewhere new.The challenges started as something fun and silly because one of our members found the craziest image of this guy wearing a pink loin cloth and a rather odd long haired white wig. She posted it in our group and we all laughed and dared each other to make a book cover out of it. And so The Designer Challenge was born. You can see the results of that spontaneous first challenge here. 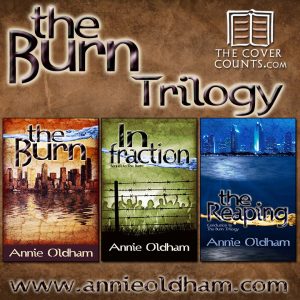 We had so much fun with it. When we posted it we got some great feedback from our followers that it gives people the chance to see that just because one design uses the same stock art as another design, that doesn’t mean it has to look the same. A good designer can make it unique in a way that is meaningful for YOUR book.It’s meant to be a fun little challenge between friends and not a cut-throat competition. We keep it anonymous until the end because we all want people to vote for the one they really like best and not just focus on the one designed by someone they know.
We’re trying to have them every month now, though we reserve the right to occasionally be too busy for it! 😉  But they’re towards the end of the month and are presented on our facebook page for people to vote on their favorite one.   The one posted there now ends on Wednesday, November 27 with the crown awarded and designers revealed on Thursday November 28 – probably late in the evening after everyone around here has settled down from Thanksgiving.The next one will probably be posted right after Christmas. We’re planning to focus on Typography next month. Limited images. It’ll be all about the type. I’m 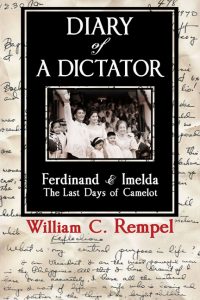 really looking forward to that because typography is usually a designers biggest challenge anyway.

So, away from the collective – what’s your favourite element of designing covers?

Hmmmm… there is so much I Iove about what I do. I do seriously enjoy getting the chance to make something that brings potential readers into a world that only the author can see until someone picks up their book and reads it. It’s really an amazing thought that the book cover is what draws people into this “exclusive” group of people who are the ONLY ones who know what kind of magic lies between front cover and back.(I almost spelled favorite the British way too, but it’s kind of funny that they’re spelled differently in the same question. So I’ll just be my American self….butchering the queen’s language and all 😉 )

Got any tips for new designers?

Typography is the most important thing that sets a professional apart from an amateur. Figure out how to manipulate type and make a design element itself, rather than words that got typed ON a design. Believe it or not, this is harder than most people could ever imagine. There are more designers out there who are great with creating beautiful images than there are those who are great with typography.

How about authors looking to choose a designer?

1. Do your homework. Look at the portfolios of MANY designers. Find one who has work that attracts you… the kinds of books you would want to pick up yourself.
2. PLAN AHEAD. The best designers are booked MONTHS in advance. Don’t wait until 3-4 weeks before you want to release your book. As soon as the book goes into editing, think about contacting someone for the cover. You already know what the book is about. The plot, the setting, the symbolism is all there already. It’s the perfect time to make sure you get on your first choice designer’s schedule in time for the release date you’re shooting for.

And when you’re not working – what do you do?

I have three daughters. They keep me plenty busy. Of course I read… a lot. And I am a computer nerd so I spend a fair amount of time on the computer. 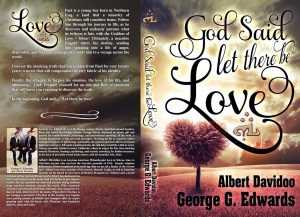 Do you like reading books?  What’s your favorite one?

My favorite book ever? *sigh* I can’t pick. That’s like asking me to choose my favorite child! Even if I had one (I don’t) I wouldn’t admit it! 😛   I’m the same way when someone asks me to pick my favorite book cover of all the ones I’ve designed. There are close to 400 of them now, I think, and I CANNOT pick favorites. Whenever that question comes up, I ask my friends to pick for me. *grin*

And what books are you looking forward to?

All the books! really… Any of them, ALL of them…

Finally, can I have a list of the last five books you’ve completed?  You can share pre-mades or the new ones?

Well, I can’t give you the last 5 completed because some of them haven’t been released yet and are still classified as Top Secret… Well, I could tell you, but then this blog post would have to self destruct in 30 seconds and that would get all over your desk and would get really messy and really scare any children and pets in the house.So I’ll stick to the last 5 that have been released 😉 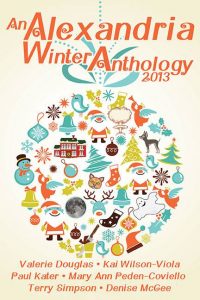 Epic Fails, A Short Story Collection by Scott Rhine
An Alexandria Winter Anthology, 2013 by Valerie Douglas, D Kai Wilson-Viola, Paul Kater, Mary Ann Peden-Coviello, Terry Simpson, and Denise McGee
The Story of The Mimosa by Paul Kater
God Said Let There Be Love by Albert Davido and George G. Edwards
The Reaping, Conclusion to the Burn Series by Annie Oldham
Thank you Renée for a really fabulous interview, and some really interesting answers!