C is for covers #AtoZchallenge (and some cover reveals…sorta)

I’ve talked before about how great my cover designer is.  And she is.  She rocks (she put up with a LOT of stupid questions while I wrote this post!)
She’s also one of my best friends, so we talk about cover design and design in general  A LOT.  And sometimes I ask some absolutely cracking questions.
So,  I thought I’d share some of the stuff she’s taught me – five things you gotta know about design and five things to look for in a designer from an artistically challenged writer.

Design for the design and not so design challenged

And the five things to look for in a good designer

Again, this is my opinion, but here’s the five things to look for when picking a designer.  I should probably add, I’m through choosing my designer.  Got one, sticking with her!

Finally, as ever, go check out my designer Renée – she’s got space for summer publications for customs (April’s all booked out) and pre-mades available.

And I did promise some ‘sorta’ cover reveals, huh? 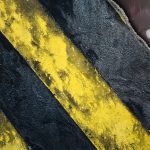 I know, I’m such a rotter.  Over the coming months, these will be announced, but based on the teeny tiny corner you can see, and the title, what do you think each book is?  Get more than half right and I’ll give you a copy of my non-fiction 12×12 book.  You gotta guess the genre for each.  ALL are Fiction.  You’re excluded if you know what the covers are 😛

Cover wrap-ups were by CabinGoddess Graphics (Kriss Morton).  Covers will be announced with designers 🙂

Tomorrow I’m going to talk about Deadlines, and why they’re important for writers and self publishers.