Why I turned down a contract with an advance, and why you might want to think twice too

Right.  Here’s the ground rules for this post.  I WILL NOT tell people what press this is.  I talked with people to come to the conclusion I did, but I am withholding one reason.  I won’t talk money, nor what the contract specifics were.  If you ask, I’ll politely decline to answer, and if you state as fact that it was ‘x press’ I will not approve your comment.  I don’t normally put this sort of rule on my comments, but it’s important to say this up front because it’s not where I want the focus of this to be.

Four months ago, I finished a sci-fi collection that an editor friend of mine had said she wanted to see.  I trusted that she worked with a good press, but told her that while they were considering it, I would be doing my research, and wasn’t committing to signing with them. She said that was fine and I thought nothing more of it.  To be honest, it’s a three part story, and I didn’t really think that it was worth worrying about.  And then I started in my new job and forgot about it entirely.

Last month, editor friend wrote back and said ‘I’ve left that press, but they wanted your book before I left, here’s your new contact’.  Editor friend wasn’t specific about why she left, but I know she’s married and planning her own family, so to be honest, I didn’t think much about it.  We chatted about other stuff and then I got in touch with the new editor.

The new editor offered me a contract on the spot, four days after my email.  Contract included a modest advance covering the three books and some notes about the stuff they really felt needed addressed, and that we’d be looking at during edits. 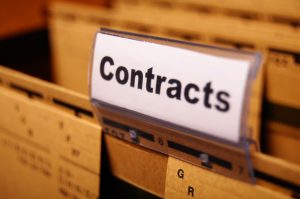 All of this is great, right?  Major ego boost to be offered a contract on the spot, and it’d let me release the books without needing to find editing/cover art (which isn’t as difficult) and doing my own formatting.  But alarm bells had already started ringing.
Two other people I knew in passing had left the same press.  One author was trying to buy themselves out of their contract (which, on it’s own gives me the screaming willies to be fair), and another friend was lamenting the fact that her books were constantly unavailable on Amazon because her press wasn’t keeping them in stock.  The one link?  Same press, or imprint of press.

Digging deeper there were some grumbles about the press but nothing serious.  There were no warnings at Preditors and Editors.  But the press was going downhill.   Sales were dropping on all of their books, and the authors leaving were talking about delays on the last couple of royalty statements, and while they’d been treated well,  things weren’t looking good.

Something just wasn’t sitting right with me.  Even with the advance, it didn’t seem like a safe bet (not to mention, I would be quite concerned about taking an advance if they hadn’t paid royalties to others).

So, I turned down the contract

One of the major lessons I learned from all of this is that even contracts that look good on the surface, even from apparently reputable presses, in this day and age, you need to be careful.  I feel really bad turning them down, but given the mix of my friend leaving, other writers taking their back lists and not subbing new books, and royalties starting to fall by the wayside.

Remember when I said at the start that I wouldn’t name the press – there is another reason for it.  All of the authors are already aware of what’s going on and are talking about it on various forums.  I don’t need to add my non-signed up noise to that.  I’ve got no right to muddy the waters, and I might have the wrong end of the stick.  It could just be turnover.

What do you guys think?  Am I overreacting?  Are a couple of blips something that shouldn’t matter?  Or do you think I made the right choice?