And the winners are…(Nano 14 books)

Cough.
Yeah, ok, slightly mean.
I’ve been asked so I thought I’d get the announcements over and done with.

On release this month

Delayed from last month because of the adventures in illness (another post, coming soon!), Memento Mori and 365 Blogging topics for writers are out this month.  I hope people like them because they’re really the first proper books I’ve put out in a while.  And they mark a shift in how things will be done around here, and the beginning of I hope is a regular schedule.

And this year’s Nanowrimos

Overacheiver that I tend to be, this year I’m doing three Nanowrimo books, while looking for the next job.

One has a cover, the other two don’t. 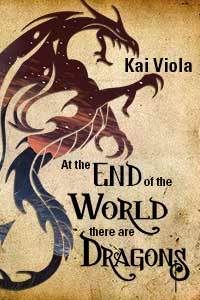 A week ago, Anya decided that it was time.  She made arrangements to get extra meds, and walk out into  the  sea.  The day before she planned to though, the world ended.  And she didn’t go with those that were  taken.  So, now the world has changed, and things are different, Anya and her best friend have to make  new plans.
A transgressive novel to discuss assisted suicide, apocalypse and the end of the world.

Alongside it, I’m writing a new novel called SWIM – Someone who isn’t me.
Jessica needs advice, so she goes online and posts a hypothetical.  And that hypothetical brings down a world of trouble.

And finally, I’m writing a new one that doesn’t have a name yet.
This one is going up on Wattpadd as it’s written.  It’s called “Ar y Traeth“, which translates loosely to ‘On the Beach’

And, because I’m a glutton for punishment