B is for Blowing up a planet #AtoZchallenge 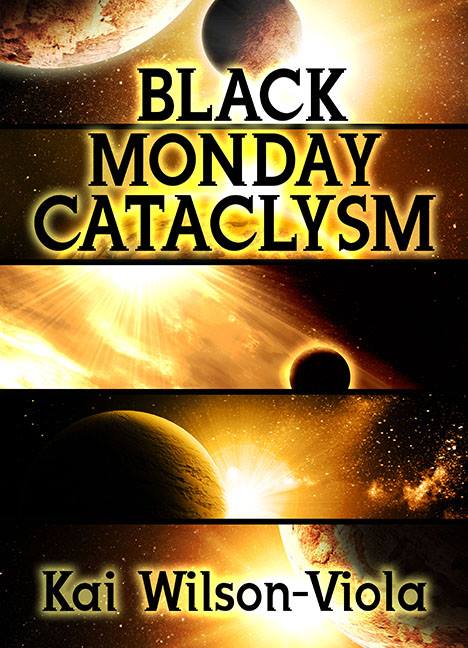 I couldn’t resist this one if I’m being honest.  The letter I mean, not blowing up Earth…
Many years ago, the first time I needed a break from Darkness, I wrote another book.  I think it was actually my 04 or 05 Nanowrimo, and was called Black Monday.

Isn’t the cover amazing?  With thanks to Renée Barratt at ‘The Cover Counts’.  Black Monday is one of my few unrelated to The Darkness Deadlies serials and is still in draft stage.  It’s so unlike Glass Block that when I initially started dating my other half, we talked about it all the time.

The Black Monday series follows Gedren, the captain of a ship that accidentally ignited the atmosphere by triggering a catastrophic launch of it’s jump drives.  The 2IC, Marcus Farran is blamed, and is put into stasis, because no able body is wasted in a time where there are only five ships in the void, on the way to somewhere they are to settle.

Farran reappears in Soul’s Road, a different series, and is to be quite honest, almost as beloved to me as the characters from Glass Block.

So, what do you think?  Is this one interesting?  Into harder sci-fi?  This might be the book for you.

After Easter, I’ll be setting up a street team, and will be looking for beta readers.  My books need to get out there, and I’m quite fond of sharing where I can.  If you’re interested, head over to my mailing list and I’ll let you know when it’s ready.

While I’m visiting with family, my posts may be late and slightly shorter.  Don’t panic, normal service will be resumed Monday 🙂