I had meant to update more, but I’ve been a little busy.
But, I’ve been having a lot of fun, so I guess you’ll forgive me.
So, firstly.  How’s Nanowrimo going for you, if you’re taking part?

Regular readers of here and my main blog, Kaiberie, or my social media, you’ll know that I am quite fond of Nanowrimo. This is my 20th main challenge too – I’ve been an ML since 03.  I met my partner, sort of, through Nanowrimo too. 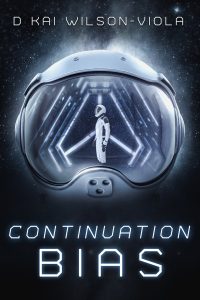 I’ve mostly finished ‘Continuation Bias’, which is great. It’ll go to editors in January, after I do a second pass.  I’ve also started two other books. One is already even up for pre-order.

The Serial Killer Project and another one is currently in progress, “A thousand years of lonely silence every night”, which is a mental health book of sorts.

I’ve also started to write three and four for DungeonBashers, and redrafting a couple of Elliot’s books. I’ve absolutely had a blast so far, and I’m just past 100k.

So, how about you?