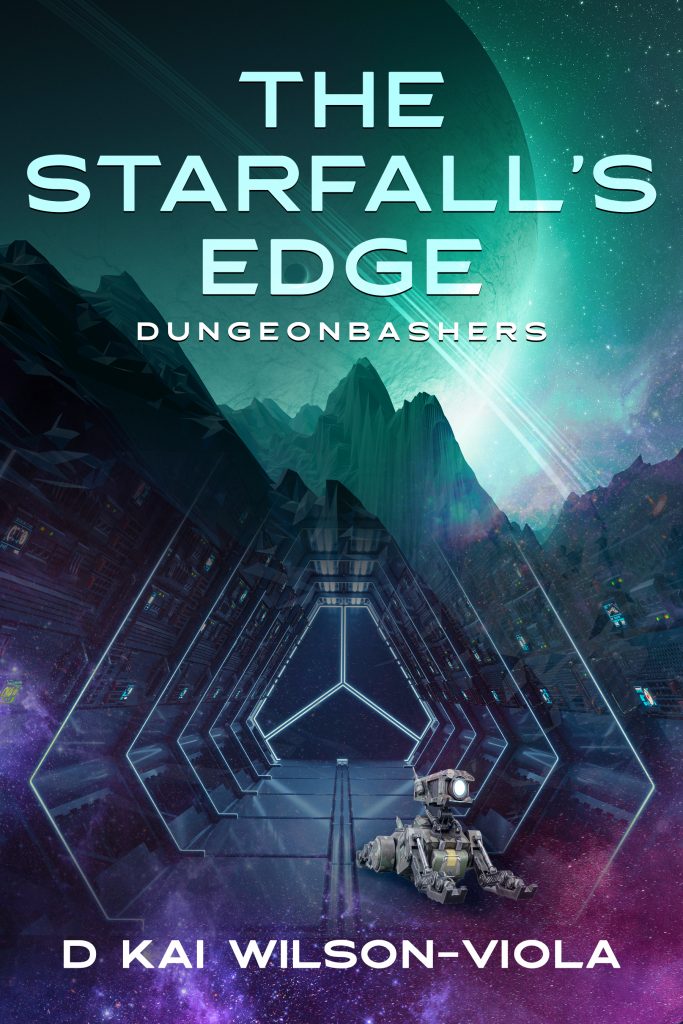 books2read.
Part of the DungeonBashers series:

Trapped in the edge of a black hole is the best time to DM, right?
When all you've probably got is time?
Natural 20 that game!

The StarFall's Edge, a massive ship from the Salvagers project, is caught on the edge of a black hole, and, so far, only six crew members can interact as time dilation pulls the rest of the crew away from them.
While they work through everything they can access - which so far isn't much - they're going to play their last game of D&D.
Will they survive either world? Maybe....

Dungeonbashers switches from the scifi story of survival to an actual play/Lit-RPG game where they distract themselves.